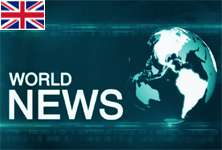 US unemployment increases to 3.6% The US economy added 225,000 new jobs in January, data from the US Department of Labor showed, while analysts, on average, expected only 160,000. The private sector gained 206,000 jobs last month, while the number of government employees increased by 19,000, representing the biggest rise since August. In addition, 12,000 jobs were cut in manufacturing, and 6,000 jobs were cut in retail. 72,000 new jobs were created in healthcare and education, 44,000 new jobs emerged in construction. The average hourly wage picked up 0.2% m-o-m and 3.1% y-o-y, accelerating from 0.1% m-o-m and 3.0% y-o-y in December. The average workweek was unchanged at 34.3 hours. The participation rate stood at 63.4% in January, up from 63.2% in the previous month. The pace of US payrolls growth was higher in January than the average for full-year 2019 (175,000), reportedly dispelling worries that employment gains might slow on the heels of weaker business investment. Meanwhile, the US Department of Labor downwardly revised the job gains data for 2018 to 2.31 mn from 2.68 mn. Given gains of 2.1 mn jobs both in 2017 and 2019, US employment expanded at a slower pace during Donald Trump’s three-year presidency than during Barack Obama’s presidency.

German industrial production slides in December Germany’s industrial output decreased 3.5% in December compared to November when the metric improved 1.2%, Germany’s Federal Ministry for Economics and Labor said in a report. This is the steepest monthly decline in a decade. On an annualized basis, industrial production slid 6.8% after falling 2.5% in November. Output in the German manufacturing and mining industries fell 2.9% m-o-m, while the production of industrial goods decreased 3.5%. The turnout of consumer goods fell 2% and construction sank 8.7%. Meanwhile, electric power generation jumped 2%. Notably, German GDP grew only 0.6% in 2019, the lowest since 2013. Meanwhile, in late January the German government raised its GDP growth forecast from the earlier expected 1% to 1.1% in 2020.

Chinese inflation picks up in January Chinese consumer prices jumped 5.4% y-o-y in January, the National Bureau of Statistics of China (NBS) reported. In other words, the pace of inflation accelerated from 4.5% in December on the heels of faster food price growth as the coronavirus continues to spread and the country celebrated Lunar New Year holidays, with prices jumping the most since October 2011. In January, Chinese good prices climbed 20.6% y-o-y, the highest monthly increase since April 2008, after rising 17.4% in December. Pork prices continued to rise for the eleventh month in a row, up 116% vs. 97% in December. Non-food prices and services rose 1.6% (+1.3% in December). Meanwhile, China’s PPI ticked up 0.1% y-o-y in January for the first time in seven months after falling 0.5% in December.

Markets
US: benchmarks retreat amid correction The US stock market landed in the red on Friday, February 7 as part of a correction and ambiguous labor market data. The indexes pulled back after a four-day rally that saw new all-time highs set on Thursday.

In corporate developments, the largest US title insurance company Fidelity National Financial plunged 6.24% after signing a merger agreement to acquire FGL Holdings for USD 12.50 per share, while the latter edged down 0.08%.

Another underperformer was fast food restaurant chain Yum! Brands, down 1.64% on lower-than-forecast quarterly earnings. Adjusted EPS amounted to USD 1.00 per share vs. the median forecast of USD 1.13.

On the other side of the ledger, video game developer Activision Blizzard gained 2.11% as quarterly results surpassed the Street’s median consensus.

At the same time, shares of ride-hailing company Uber Technologies spiked 9.54% as the Q4 adjusted loss was narrower than analysts expected and the company guided for EBITDA profitability a year earlier than expected.

From a technical standpoint, the daily chart shows that the S&P 500 is trading within a rising band, with the upper bound at 3,350 and the closest support level at 3,270. Stochastic lines are on the sell side and in overbought territory, so we expect the index to halt its ascent.

Europe: markets reverse lower on Friday Key European stock indices trended mostly to the downside on Friday, February 7. Regional markets could have logged the biggest weekly gains in almost two years, but for losses on the day. Risk appetite weakened across the board on the heels of disappointing macro data out of Germany as well as increasing concerns about the coronavirus outbreak in China.

Specifically, Germany’s factory output fell 3.5% in December following a 1.2% uptick in the previous month, missing the consensus forecast by a wide margin. To remind, an earlier release showed that the country’s factory orders declined 2.1% vs. +0.6% expected.

Also, investors were disturbed by news about the death of a Chinese doctor who was the first whistleblower to sound the alarm about the coronavirus outbreak that originated in Wuhan.

British luxury product supplier Burberry slipped 1.5% in intraday trading on the heels of the management’s comments about the negative impact of the coronavirus outbreak on demand for luxury goods, but managed to pare losses by the close.

Ericsson and Nokia surged 5.7% and 4.1%, respectively, as the US Attorney General said that US companies should consider taking a “controlling stake” in these telecom players to counter China-based Huawei’s dominance in next-generation 5G wireless technology. Norway’s Norsk Hydro plummeted 8% after reporting worse-than-expected Q4 earnings.

Major European bourses have seen a moderately negative dynamic during the first half of trading on Monday, February 10. Notably, the region’s equities came under pressure at the start of the week, taking their cue from Asian markets, which reacted to a negative news flow about the coronavirus outbreak in China.

A diverging triangle could be shaping up on the German DAX, with the upper bound at 13,700 and the lower bound at 13,050. Stochastic lines are on the sell side but have already reached overbought territory, so we expect the benchmark to stop rising.

Asia: virus news re-ignites investor worries Asian stock indices turned in mostly negative performance on Monday, February 10, as the Chinese government reported an increase in the number of coronavirus cases in the country. Moreover, experts warn that recent official assurances that the coronavirus is under control may be premature. Meanwhile, the PBOC injected an additional CNY 900 bn (USD 129 bn) into its financial system using the reverse repo facility. As regards macro data, Japan’s current account surplus (not seasonally adjusted) stood at JPY 524 bn in December, while analysts, on average, projected JPY 417 bn. The country’s bank lending expanded 1.9% y-o-y in January. In China, the January CPI stood at 1.4% m-o-m and 5.4% y-o-y vs. 0.8% m-o-m and 4.9% y-o-y expected, while the PPI increased 0.1% y-o-y, matching the consensus forecast.

The Nikkei 225 gainers were led by Chiyoda and Nissan Chemical Industries, which surged 5.21% and 3.51%, respectively. Nikon and Amada stood out among the session’s worst performers, sliding 5.75% and 5.52%.

Honda Motor surged 3.3% as the company upgraded full-year earnings per share guidance by 6%.

From a technical standpoint, the Hang Seng is extending its corrective rebound as it heads towards the resistance level at 27,780.
Commodity markets Oil has extended losses on Monday, with pressure still coming from news that the coronavirus outbreak continues to spread in China (the number of cases exceeds 40,000, with 900 casualties), and uncertainty about OPEC+ measures to support the market. Last week the OPEC+ JTC recommended to cut oil output by an additional 600,000 bpd and to extend the cuts until year end. However, this is just a preliminary recommendation and the date of the OPEC+ JMMC meeting, at which the final decision could be taken, has not yet been officially announced. According to the media, a bone of contention is Russia that requested more time to assess the virus situation and its impact on global petroleum demand.

“At this point I am not prepared to say what we are ready or not ready for without understanding completely the situation or having a clear forecast for the train of events surrounding the coronavirus. To make a decision we need more time to see how the virus story evolves and how it impacts global markets and oil”, claimed Russian energy minister Alexander Novak when asked whether Russia will back the proposal to deepen output cuts or will be ready only to extend the current agreement.

Non-ferrous metals have been trading mostly higher on the LME, while gold continues to hover within a narrow range of USD 1,560-1,580/oz.