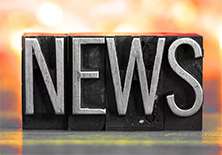 US existing home sales up in December Existing home sales in the US jumped 3.6% m-o-m to an annual rate of 5.54 mn, the National Association of Realtors (NAR) said in a report. This the highest figure in nearly two years, since February 2018. Historically low interest rates continue to attract real estate buyers, although inventories remain at a record low level, experts point out. Existing single-family home sales grew 2.7% to 4.92 mn in annualized terms, while sales of multiple-family homes (including townhouses and condominiums) jumped 10.7% to 620,000. The median home price increased 7.8% y-o-y to USD 274,500 in December. As of late December 2019, US home inventory stood at 1.40 mn, down 14.6% on the month. Given the pace of December sales, it would take just three months to sell them vs. 3.7 months in November. The six-month period is considered to show that the market is balanced, and any number below five months implies market tension.

the Dow closes in the red US stock benchmarks traded mostly higher on Wednesday, January 22 amid fading investor worries about the outbreak of the coronavirus in China as Chinese authorities have been doing their utmost to combat the virus.

Macro data were also upbeat, with US existing home sales reaching 5.54 mn in December against a projected increase from 5.35 mn in the previous month to just 5.43 mn.

In addition, patchy quarterly earnings from a number of major corporations were in the spotlight. Major consumer goods company Johnson & Jonson failed to deliver stellar results, so the Dow closed marginally lower. IBM’s robust report and upbeat guidance helped the S&P 500 and the Nasdaq to reach new alltime highs.

The daily chart shows that the S&P 500 continues to trade near the upper line of Bollinger Bands, while the Slow Stochastic Oscillator and the RSI are in overbought territory. In light of the above, the index could start falling in the short term

markets under pressure from Chinese news Key European stock indices landed in negative territory on Wednesday, January 22, as investors remain concerned about the coronavirus outbreak in China, with the death toll rising to 17 people.

No market-driving macro data came out yesterday, while today traders will be focused on US employment data as well as the ECB policy meeting, at which the regulator is expected to hold interest rates steady.

Moreover, the ongoing World Economic Forum in Davos remains in the spotlight. In recent news, US President Donald Trump and European Commission President Ursula von der Leyen held discussions about broader US-EU cooperation. To remind, Trump said earlier that the US will slap a 25% tariff on European-made cars unless the US and the EU can reach a trade deal.

Software developer Sage Group picked up 3.9% after reporting gains in organic revenue for Q1 2020 and reiterating earnings guidance for full-year 2020.

Major European bourses have been in decline during the first half of trading on Thursday, January 23 as risk-off sentiment prevailed on concerns about the outbreak of a new coronavirus in Asia. Moreover, traders await the outcome of the ECB’s policy meeting.

On the daily chart, the German DAX is trading within a rising band near its upper line as well as close to the upper line of Bollinger bands, while the Slow Stochastic Oscillator is still hovering in overbought territory. Consequently, the downtrend will likely gain traction in the short term.

virus news keeps benchmarks under pressure Asian stock indices turned in mostly negative performance on Thursday, January 23 as concerns re-ignited that the new coronavirus continues to spread in China ahead of the Lunar New Year holidays.

Hong Kong’s Sunny Optical and AAC Technologies stood out among the decliners, sliding over 3.5%.

Lenders National Bank of Australia and Westpac ended in the red, while Commonwealth Bank and Australia & New Zealand Banking closed 0.08% and 0.20% higher.

From a technical standpoint, the Hang Seng has broken through the support level at 27,857 and looks set to close a bullish gap near 27,100.

Oil prices continued to decline on Thursday, with Brent sliding to the lowest level seen in early December 2019. Pressure came from concerns that dissemination of the new coronavirus in Asia could dampen demand in the market that already faces oversupply. According to Chinese authorities, the number of people exposed to the Wuhan virus in China has reached 571, with 17 casualties. Goldman Sachs experts forecast that the virus could curb global oil demand by 260,000 bpd in 2020, with 66% of the decline likely attributable to weaker jet fuel demand. Meanwhile, the adverse impact on oil prices could be USD 2.90 per barrel.

An additional negative factor for oil prices is signals of another build in US inventories. According to last night’s API report, crude stockpiles showed a 1.6 mn bbl build, while analysts on average forecast a 1.3 mn bbl drawdown. Moreover, gasoline and distillates showed an increase of 4.5 mn bbl and 3.5 mn bbl, respectively. The EIA petroleum status report is due out at 16:00 GMT today.

Non-ferrous metals are in decline on the LME, while gold remains locked within a narrow range of USD 1,550-1,560/oz.